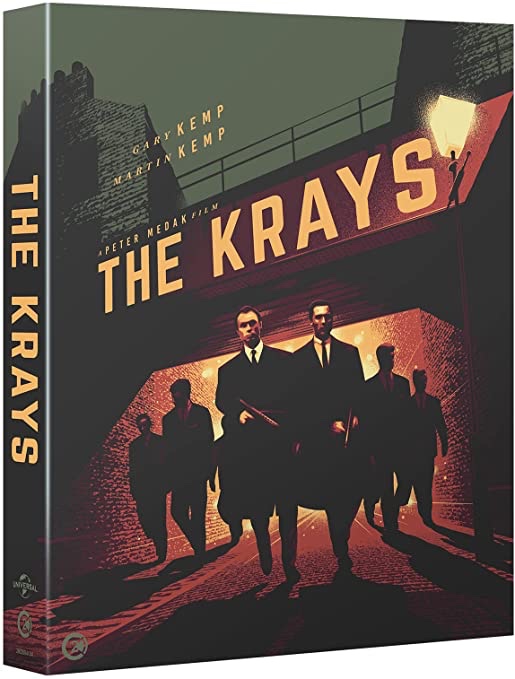 Ronnie and Reggie Kray were two of the most ruthless and sadistic gangsters ever. They ran the East End of London during the 60’s. Nobody dared cross them, or testify to their crimes. They carried on their crimes until the end of the 1960’s when the murders of George Cornell and Jack ‘The Hat’ McVittie finally gave the police the evidence they needed to convict them.

There have been many iterations through the years, but I have always had a liking for this effort by Peter Medak (The Changeling, Let Him Have It). Brothers Gary and Martin Kemp play Ronnie and Reggie respectively. Their likeness to the actual Kray’s is rather tenuous, but the passion they give to the roles more than makes up for it.

Billie Whitelaw’s performance as Violet Kray is the glue that holds the movie together. She plays it to perfection, which is rather apt considering the twins worshipped the ground she walked on. The only real weak link for me was Kate Hardie as Frances Kray. It’s a terrible performance that almost scuttles the whole movie. I can understand Frances was an impressionable young lady, naively taken in by Reggie’s charms, but Kate Hardie over acts nearly every scene she’s in.

There are a lot of liberties taken with the ‘truth’, albeit for dramatic effect. Such as the Cornell and McVittie murders taking part the same night. It never happened like that, but it’s a change that makes sense dramatically and serves the movie well. The costumes are fantastic and the movie transports you back to the period with its convincing depiction of the changing years.

This release from Second Sight is fantastic. It really has never looked better. It has been polished to perfection, but still retains that film grain, retaining the character of the varying time periods. Sound quality is equally as clear. Fantastic release. The Krays Limited Edition Blu Ray is available to buy now.