Just awoke to some terrible news today. Director Wes Craven, who gave new life to the horror genre when he created A Nightmare on Elm Street, has died aged 76 after a battle with brain cancer. This man played a huge part in my growing up. He gave me some of my favourite horror movies such as The People Under the Stairs and The Serpent and the Rainbow, not to mention the obvious one A Nightmare on Elm Street. He also made some gritty horrors in the 1970’s with The Hills Have Eyes and Last House on the Left. Twice when the horror genre was lagging, did he breathe new life into it again when he made New Nightmare in 1994 and also in 1996 when he made Scream. His last movie was Scream 4 in 2011. RIP Wes. 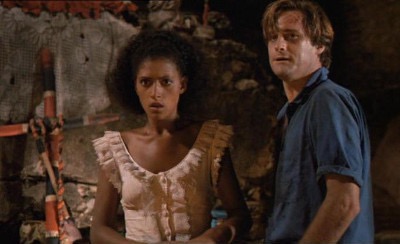 Years ago the town of Rivereton, Massachusetts was stalked by a serial killer known as The Ripper. At the start of the movie you see that the Ripper was a family man with several personalities. When he is put to rest it is thought that his souls or personalities inhabit the bodies of seven children who are born the same night he dies. Years later the kids gather together on the anniversary of the Ripper’s death to make sure he doesn’t come back. It’s seen as a silly ritual but soon takes on a more serious tone when one by one, the teenagers are slain.

Bug (Max Thieriot) is seen as the most vulnerable of the group. He is mercilessly bullied by Brandon (Nick Lashaway) and his own sister Fang (Emily Meade). He is chosen on the night to be the one that banishes the Ripper back in to the river. However he panics and doesn’t go through with it. He thinks it’s his fault that people are dying and that the Ripper has returned. He teams up with his friend Alex (John Magaro) to find out the truth about the Ripper and to discover who exactly is committing these murders in the Ripper’s name.

I really enjoyed this movie. It feels like the sort of enjoyable movies Wes Craven used to do back in the 80’s. I think part of my enjoyment came from the fact that this movie got panned by critics and some movie goers alike. So my expectations were low. I stumbled across it on Netflix and I enjoyed the hell out of it. It’s a great popcorn flick, with some good scares and great gore. Max Thierot is brilliant as the naive Bug, who steps up when the time comes.

I really recommend it. It’s worth watching and not listening to the nay sayers. Watching this made me realise that Wes Craven still has the talent when he puts his mind to it. He needs to stop doing the Scream movies and instead put his talents to use in nurturing stories like this. Very good.