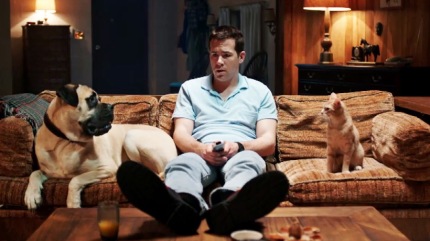 Jerry (Ryan Reynolds) lives alone with his dog called Bosco and his cat, Mr. Whiskers. He works in a factory that makes bathroom products and makes regular visits to a psychiatrist whom he tells his problems to, and Jerry has problems. Jerry hears voices, his cat and dog speak to him on a daily basis, but Jerry tries to get on with his life without that affecting him. 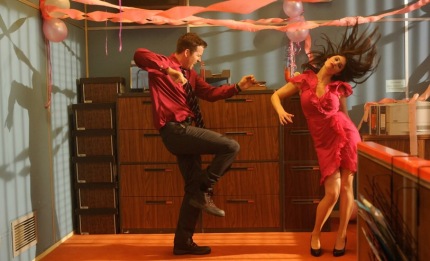 When Jerry meets Fiona (Gemma Arterton) at the office party, he thinks he may finally have a chance at normality. However when Fiona stands Jerry up after they make a date, things take a turn for the sinister and slightly bizarre. 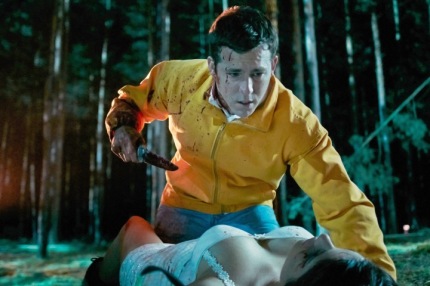 My problem with The Voices is it tries to balance horror and comedy, but fails miserably. Its wild shift in tones make it hard to enjoy, and the film doesn’t really flow. Where films like Shaun of the Dead managed to seamlessly mix horror and comedy, The Voices jumps between the two rather than have them work harmoniously. Ryan Reynolds is good in the role of Jerry, and also in doing the voices of Bosco and Mr. Whiskers, but the film just can’t recover. 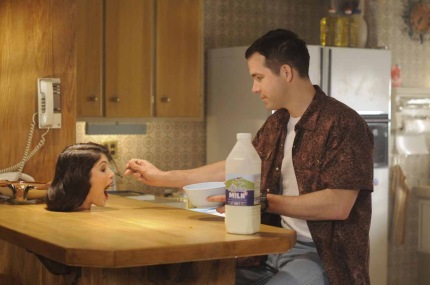 The film tries to show mental illness in a realistic light on occasion, but the comedic tone undoes any hard hitting effect of the seriousness that we are presented with. We see what Jerry’s apartment looks like when he’s off the pills (clean), and what it looks like when he’s on them (blood soaked and excrement filled), but it’s so cackhanded that it hurts the movie. The Voices is available to purchase now from http://www.arrowfilms.co.uk.&nbsp; 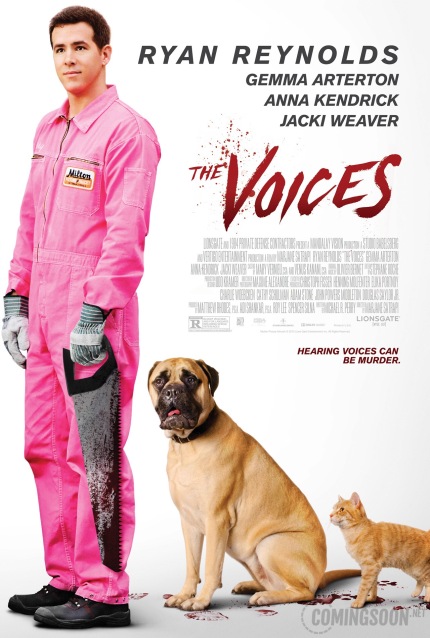