After the brutal, gut wrenching denouement to season two, I was on tenterhooks to see how the third season would unfold. 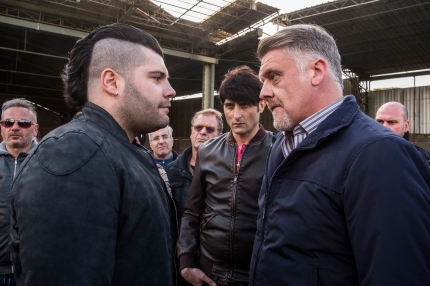 Still reeling over the shocking murder of his daughter, Ciro (Marco D’Amore) has left Naples and relocated to Sofia, though his means of earning a living continue to be morally sketchy. Genny (Salvatore Esposito) has taken over his father’s affairs, after the latter’s death by Ciro’s hands, and continues to do things the way he sees fit rather than caving to pressure from others, with devastating consequences. 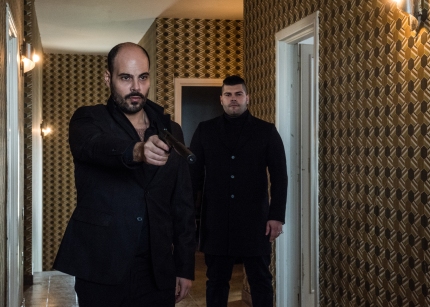 Scianel is released from prison and sets about clawing some lost power back, whilst Ciro battles his demons and returns to Naples, making new alliances and new enemies. He meets up with a new acquaintance called Enzo, nicknamed Blue Blood, a young hot-headed man with a gang of equally hot-headed friends. Enzo wants to reclaim the city he believes should be his by right, as his family has some history with the ruling power. Ciro sees something in Enzo that he likes, and decides to help him in his quest. However in doing so it causes problems with old friends, and creates some new enemies. Gomorrah has been a powerhouse on television in its native Italy, and it is just as popular in the UK. The acting from everyone involved is top quality and each person’s arc progresses naturally, leaving you eager for more. Season three continues the trend of wrong footing the viewer, and is equally as brutally devastating as before. One of the finest crime sagas in history, and one I hope has many more seasons to come. Fantastic. 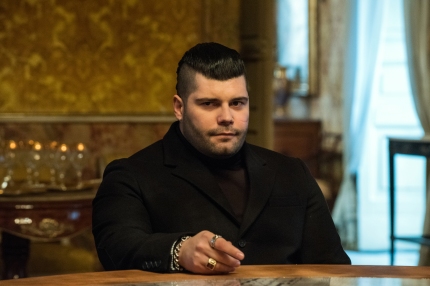 Season 3 of Gomorrah is released on 12th March, and is available to pre order now: 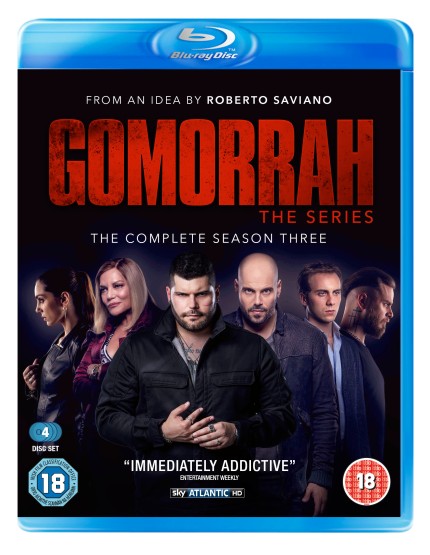 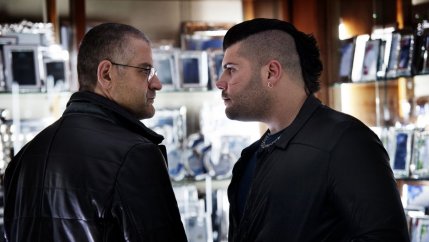 Don’t read if you haven’t seen the first season.

With Don Pietro sprung from his prison convoy and Gennaro clinging to life after being shot and left for dead by Ciro, a power vacuum has been created and Don Salvatore is manoeuvring to take complete control of the city. Continuing on from the blisteringly good first season, Gomorrah aims to capitalise on its gripping story on the fall and possible rise of the Savastano clan. 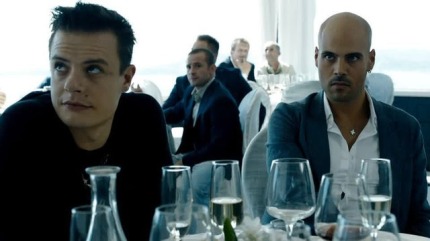 Ciro has decided to make a power grab himself, though not for complete control, rather just to stay alive. Gennaro looks to reconnect with his father but it doesn’t go as he would’ve hoped. What Gomorrah does well is fully flesh out every character, even those that are sometimes relegated to the background. The first season did it too. There were episodes that contained just a handful of characters, and didn’t need to constantly remind you that others existed. Same for season 2. One episode is dedicated almost completely to Gennaro and Don Pietro. It’s a thrillingly told episode, that shows you how deep bonds are between father and son, and how damaging a mistake can be. 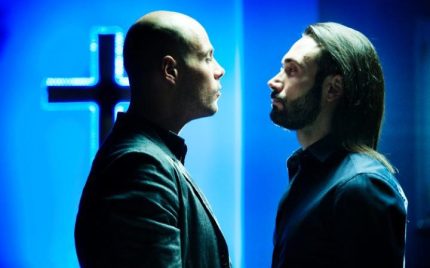 The acting is second to none. Seriously. Everyone owns their respective roles and nobody feels like they’re not pulling their weight. Same goes for the script. The story never feels like it flags, and is constantly keeping you on the edge of your seat. I seriously cannot wait for season 3. 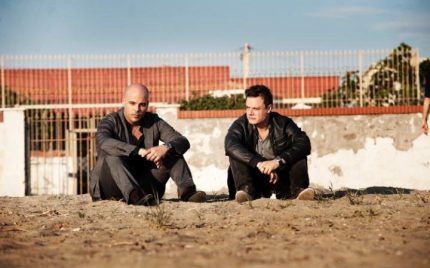 Gomorrah season 2 is available to order now on Blu Ray and DVD from all good stockists. 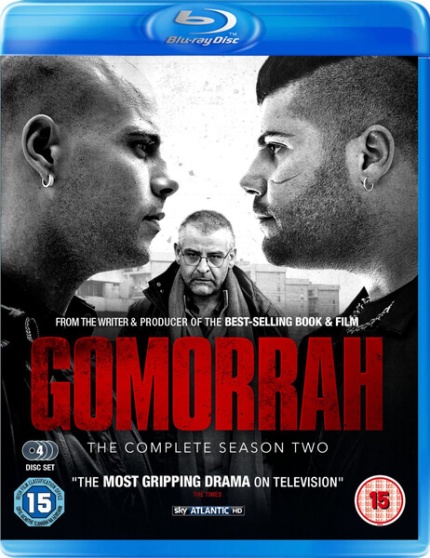 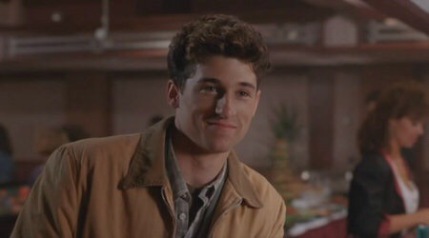 Charlie Farrow (Patrick Dempsey) is a cocksure law student in Boston, who works part time as a mechanic. When his boss tasks him with driving a Porsche to Atlantic City and get paid $200 for the trouble, he can’t see a downside. On the way however the car breaks down and Charlie is forced to stop off to get it repaired. 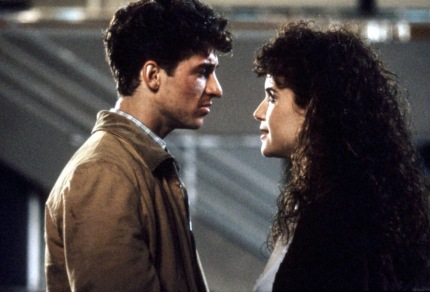 Whilst visiting a gambling den, Charlie gets into a disagreement with a fellow gambler, who falls, hits his head and dies in the ensuing struggle. However this ‘gambler’ was the son of a local mob boss. Now Charlie must run for his life from mob enforcers, crooked cops and anyone else looking to claim the bounty on his head. 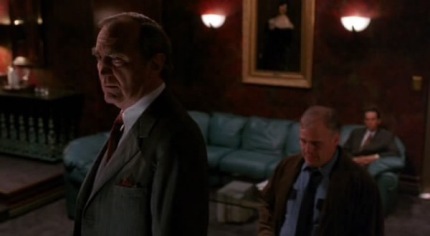 I have to say I did really enjoy this. Once Charlie has to run, the movie doesn’t let up. Patrick Dempsey plays the part of the cocky Charlie well. Someone who’s mouth seems to get him into more trouble than out of it. Not a great start for a law student one would imagine. Kelly Preston is passable as the gambling den waitress that Charlie must turn to for help. I’ve never really cared much for Kelly Preston and find that she’s a very poor actress, but luckily she doesn’t have much to do here, so it doesn’t really cause too much of an issue. 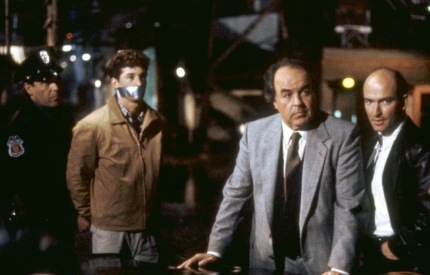 This is the sort of movie that you would catch on TV late at night. It doesn’t require much thought or investment and sets out to entertain, which to me is what movies are all about. There’s a lot to like in this movie, and it’s easy to see why Dempsey has become a star as he exudes a lot of likeablity here. Recommended. 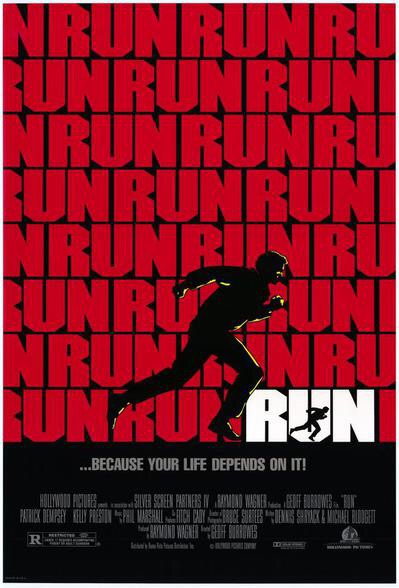 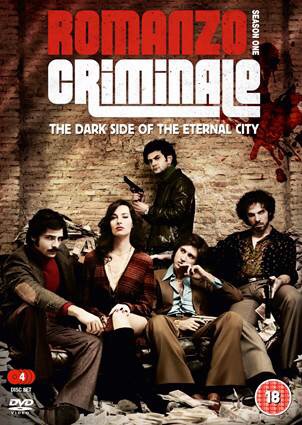 Following the success of their most recent Italian language TV drama titles, most notably the acclaimed Naples-set crime saga Gommorah, along with the likes of Inspector De Luca and Inspector Nardone, Arrow Films will continue to house quality international crime thriller shows from various European territories and beyond, under their sub-label ‘Nordic Noir and Beyond’.
Ahead of the arrival of the upcoming Witnesses and the highly anticipated The Bridge Season 3, both due for release later in Q4, Arrow are excited to announce the arrival of Romazo Criminale, a hard edged and violent look at the criminal underworld of Rome set between the 1970s and the 1990s. Season One will be released on DVD 14th September and focuses on the darker side of Rome during the 70s.

A criminal known as ‘Lebanese’ has a dream: to conquer the underworld of Rome. To carry out this unprecedented feat he puts together a ruthless and highly organised gang. Their progress and changes in leadership take place over twenty-five years, from the 1970s into the 90’s, and are inseparably intertwined with the dark history of modern Italy: terrorism, kidnappings and corruption at the highest levels of government. Throughout these years Police Lieutenant Scialoia sticks to the gang’s trail, trying both to bring them to justice and to win the heart of Gang Member Dandi’s girlfriend Patrizia.

Ben Shockley (Clint Eastwood) is given the apparently mundane task of escorting a prostitute by the name of Gus Mally (Sondra Locke) from Las Vegas to Phoenix so that she can testify in a mob trial. However standing in their way are a horde of mob enforcers, bikers and dirty cops who don’t want them to make it. 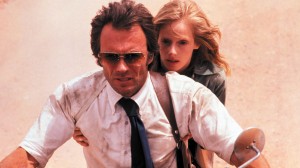 If Mally testifies then a lot of dirty cops stand to be sent down. Shockley thinks it’s odd that he be tasked with escorting Mally. Only later realising it’s because his superiors don’t think he’s that good a cop, and he’s not on the mob payroll either. Shockley first senses something’s  up when he sees a horse, or what he thinks is a horse on a betting shop board called ‘Mally No Show’, who’s odds are increasing every hour. It’s then up to Shockley to protect Mally, even though they may end up killing each other before anyone else does. With no help from his own people, the odds are stacked against Shockley and Mally. But little do his superiors know, betting against Shockley from doing his job is asking for trouble. 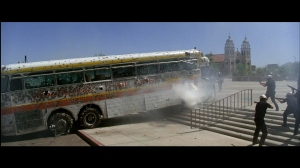 The action is incredible. There are some fantastic chase scenes and the climax is breathtaking stuff. Clint Eastwood used to cast Sondra Locke in a lot of his movies as they were husband and wife at the time. However I did notice an alarming pattern. In the majority of the films that Eastwood cast Locke, her character is sexually assaulted. Very disturbing. Kind of makes you think of what sort of toxic relationship they had in reality. 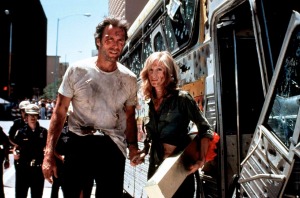 There are some witty lines in the script and Eastwood is basically channelling Harry Callahan in his role as Ben Shockley. I do recommend this. I’m a sucker for gritty 70’s action anyway and this doesn’t disappoint. If you have never seen it then seriously give it a go. 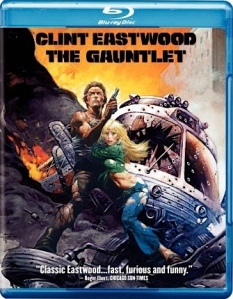 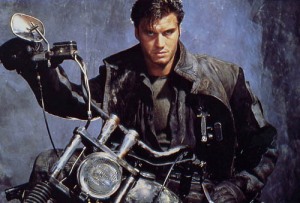 My wife has been saying I should do a review of the Dolph Lundgren version of The Punisher, so here it is. I’ve got a lot of love for this movie. I understand it gets a lot of shit because The Punisher in this version doesn’t have a skull emblem on his shirt. Many people have said that’s like having Superman without the S, and I used to agree. However I noticed something after all these years. To the untrained eye it looks like Dolph is rocking some serious mascara and fake stubble, but now I see there was a method to the madness. Rather than have a skull on his shirt, the director Mark Goldblatt wanted to have Frank Castle’s face look like a skull, hence the dodgy looking make-up. 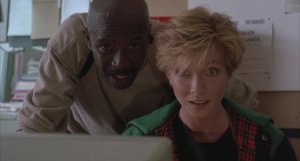 For many years a shadowy vigilante called The Punisher has been killing criminals all over the city. Many believe he is a myth but there is one police officer, Jake Berkowitz (Louis Gossett Jr.) who believes he knows the identity of The Punisher. Det. Berkowitz believes that The Punisher is his ex-partner Frank Castle who supposedly died in a car bomb along with his family. Berkowitz believes he is close to catching The Punisher and is given help by a young police woman named Sam Leary (Nancy Everhard). Some new criminals from Japan have surfaced and are looking to take over all of the Mafia’s business interests, forcing The Punisher to join forces with an enemy in order to bring the Yakuza down. 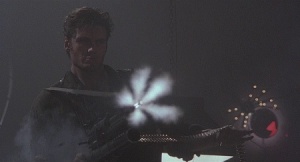 I really do like this film. I remember watching it in early ’92, so it evokes some great memories for me. Dolph Lundgren is great as The Punisher. He cuts an imposing figure and is the closest to the comic Frank Castle in my opinion. Jeroen Kraabe is ok as Gianni Franco, though doesn’t really make a convincing Italian mobster. Louis Gossett Jr. is always worth watching as he always gives 100% in whatever film he’s in. There are some fantastic action sequences, particularly when The Punisher attacks a shipment at the docks. 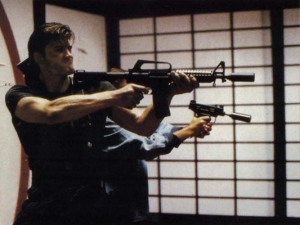 If you have only ever seen the Thomas Jane and Ray Stevenson versions, then I can definitely recommend watching this one too. The script is a bit stilted in places, but overall it’s perfect beer and pizza entertainment! 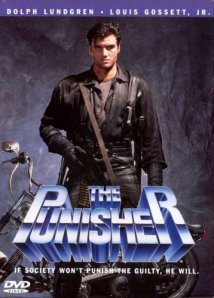