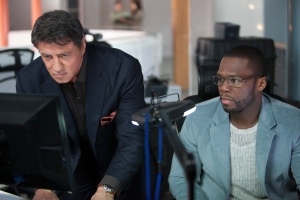 Ray Breslin (Sylvester Stallone) and his business partner Lester Clark (Vincent D’Onofrio) run a company which tests prisons all across America. Ray is put into various prisons and exposes their weaknesses and escapes, thus helping future prisons to be designed so that they are escape proof. Ray is asked by the CIA to test out a new super max prison. The prison is designed to hold the most dangerous terrorists still waiting to be interrogated by the government.

Ray agrees to take the job,and within a day is bound and gagged to be transported to the new prison. There Ray meets the sadistic Warden Hobbes (Jim Caviezel), who duly informs Ray that he will not be leaving the prison. Ray is told that someone has paid good money to ensure he never sees the light of day again. Whilst in prison, Ray meets a man called Rottmayer (Arnold Schwarzenegger) who tells Ray that Hobbes has been keeping him in prison as Rottmayer has information on the whereabouts of someone who could rock the financial world. 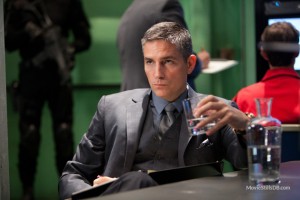 Together Ray and Rottmayer hatch a plan to escape the prison. Seeking the help of other prisoners and the prison doctor, Dr. Kyrie (Sam Neill), they come up with a way to escape and bring the prison down. There are bit parts for Vinnie Jones who plays a sadistic prison guard, and also Curtis ’50 Cent’ Jackson who plays a computer tech, looking to help find out where Ray has been taken. The story is not nearly as ingenious as it thinks it is. It has some clever moments, like when Ray escapes the prison at the start of the movie, but for the most part it feels very tame. Arnie is still finding his feet after being out of the acting game for so long, and looks uncomfortable in some scenes. Stallone is also a bit wooden, but it’s Stallone so he gets a pass. Jim Caviezel is wonderfully as the hammy almost camp Warden Hobbes. He delivers his lines with understated menace and seems to be having a blast. 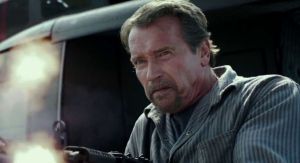 Folks like 50 Cent and Vincent D’Onofrio feel wasted in the small roles they have, and don’t really have much to do. There is also the obligatory scene in which Arnie holds a massive machine gun, which happens so often it feels like it’s a clause in his contract. The action is so-so, but the setting means there’s not as much as you’d expect when two action titans meet. Overall however it is worth a watch, and is perfect beer and pizza fodder. 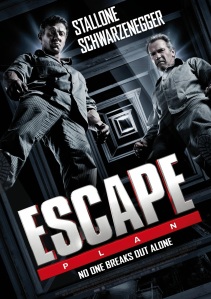 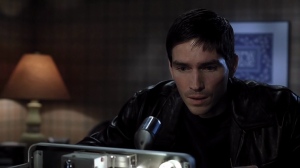 John Sullivan (Jim Caviezel) is a New York cop. Ever since he was a kid growing up in Queens he wanted to be a cop. He wanted to make his father Frank Sullivan (Dennis Quaid) proud, who was a firemen killed in a warehouse fire in 1969. Now 1999 it’s coming up to the anniversary of his fathers death. John and his friend Gordo (Noah Emmerich) begin to search through Frank’s old things. They dig out Frank’s old ham radio and begin to toy around with it. Suddenly another voice comes over the radio. The man on the other end tells John that he too lives in Queens. They begin to talk about baseball and the upcoming games. The other man corrects John on his baseball knowledge, telling him that the games haven’t been played yet. John tells him that it’s 1999 and that the games were played 30yrs ago.

The man asks John to identify himself, telling him that whatever joke he’s playing it isn’t funny. John tells him his name, suddenly realising that the man he’s talking to is his dad Frank Sullivan. It seems a strange phenomena in the sky has interfered with the radio signals, bridging a gap through time. John warns Frank that he died in a warehouse fire in 1969. John tells Frank to take a different route out of the burning building. Frank survives but has inadvertently caused a ripple effect through time which means that now John’s mother Julia Sullivan (Elizabeth Mitchell) has been killed. John and Frank find out that Julia was murdered by the Nightingale killer, a serial killer who has been murdering nurses.

Together John and Frank seek to uncover the killers identity and try change the course of history again. John investigating in the present time, and Frank tracking the killer in the past. John’s supervisor Satch (Andre Braugher) thinks John is crazy, and back in 1969, arrests Frank for the Nightingale murders.

I’m the first to admit that the story is very far fetched. But once again we have here a film that completes its mission of entertaining you, and that’s all I ask. The cast give it everything, The story, as far fetched as it is, is very tense. You want to see how it plays out and you’re willing Frank and John to be reunited. This is another one that I know flew under a lot of peoples radar. However that being said, it is also one I seriously recommend. It has some great effects and a killer story. 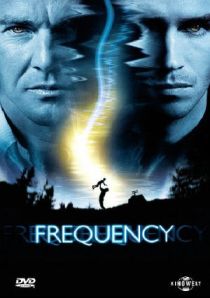