Released in cinema’s in July 1980, Dressed To Kill was the third movie that Brian De Palma and then wife Nancy Allen made together, the first two being ‘Carrie’ and ‘Home Movies’. They would go onto make one more movie together (Blow Out, which is also available from ArrowFilms&Video). The plot involves a tall blonde woman who murders one of Michael Caine’s patients. She then sets out to murder the call girl who witnessed the first murder.

I’ll be honest I wasn’t totally sold on the movie at first, but it grew on me. The opening shower scene had me cringing slightly as it had a very seedy, soft core porn feel to it, which didn’t fit in well with the movie for me. All actors and actresses play their parts well. Angie Dickinson is good as the sexually frustrated housewife, who is also a patient of Michael Caine’s psychiatrist. The son played by Keith Gordon is also good in his role. Eagle eyed horror aficionados may recognise him from John Carpenter’s ‘Christine’. Nancy Allen is good as the call girl who witnesses the grisly murder and Dennis Franz from N.Y.P.D Blue fame is also good as the sleazy cop investigating the murder.

The violence was handled well, it had a very ‘Dario Argento’ feel to it, felt like I was watching an Italian giallo movie. However some attempts to instill moments of suspense were handled a bit sloppily for my tastes, particularly towards the closing parts of the movie. Other than the cringeworthy opening scene, and the aforementioned attempts at suspense, I found Dressed To Kill a joy to watch and one I would welcome in my collection at any time. 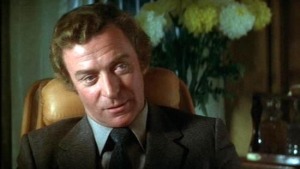 The review copy was graciously provided by the very kind folks over at www.facebook.com/ArrowVid. You can order your own copy of Dressed To Kill from www.arrowfilms.co.uk