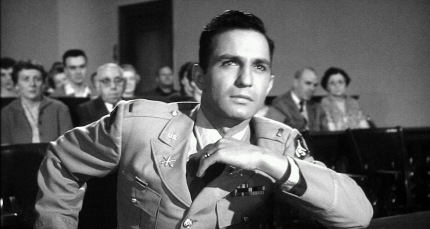 Young soldier Lt. Frederick Manion (Ben Gazzara) stands accused of first degree murder, after he shot the man who raped his wife Laura Manion (Lee Remick). Seeking the help of attorney Paul Biegler (James Stewart), Lt. Manion looks to prove that a moment of insanity made him commit the murder. Will he win his case?

Well you’ll have to watch and find out. I’m a sucker for a good courtroom drama, and for the most part Otto Perminger’s ‘Anatomy of a Murder’ delivers. It’s got a great cast too, with supporting acts like George C. Scott, who was nominated for an Oscar. The story is gripping to begin with, and you kind of get an idea of what happened, but since Otto Perminger disliked the use of flashbacks, there are no images to go along with Mrs. Manion’s or the Lieutenant’s account of what happened the night of the rape and murder. As Biegler goes around questioning witnesses of the night Laura Manion was raped, you get the idea that he’s fleshing out his case for the defence of Lt. Manion, but you get no real sense of urgency. A better way of telling the story would be if Lt. Manion had already been convicted and was due to be executed. That way you could build the suspense and really create an interesting drama. 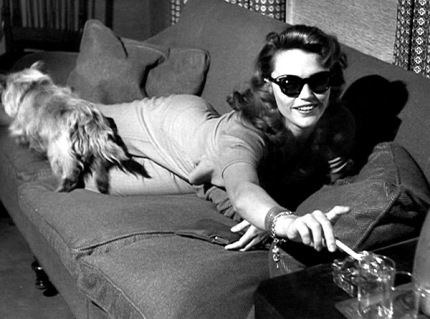 It’s not that ‘Anatomy of a Murder’ is a bad movie, far from it. The problem is at a running time of 2hrs 40mins you feel that a lot of what happens is filler. Often this movie is cited as a masterpiece, but I would be inclined to disagree. I’ve seen other courtroom movies that are a lot more engaging and suspenseful than this. James Stewart is always worth a watch, and he brings that sort of naive, everyman charm to the role of Paul Biegler that he does in most movies I’ve watched him in. Lee Remick is stunning as Laura Manion, and it was interesting to see a young Ben Gazzara as I only really remember him from The Big Lebowski and also as the big bad in Roadhouse.

If you’re into courtroom movies then there is a lot to like here. However I felt that the 3rd act was lacking and undid some of the good groundwork laid earlier. Interestingly enough James Stewart’s father was so offended by this movie that he took out an advert in a local newspaper telling people not to go and see it. Reason for his offence was that this was one of the first movies to have words like panties, slut, rape and sperm used in a script. The film was also banned in Chicago upon its release. Worth a watch, but there are better legal themed movies out there. 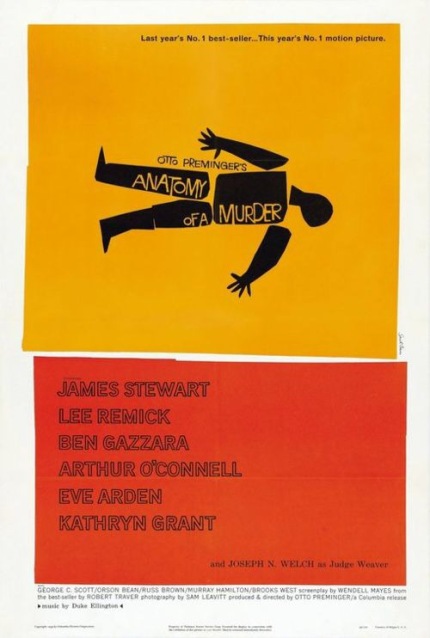