As you can see in the above picture, even Captain Rex gives this the thumbs up. What a stunning release this is from the very talented folks over at Sideshow Collectibles. The detail is astounding. There were two releases of Captain Rex, with the first release having him in pristine white armour, and not the battle worn armour you can see in the pictures. That said, I have to say I prefer this one. I love the scuffs and scratches all over his armour. I also like the little notches on his wrists that show you how many enemies he has killed.

The notches are also etched onto the base, which also details Captain Rex’s regiment. Captain Rex can be seen in The Clone Wars series. He is voiced by Dee Bradley Baker in the series, but has the likeness of actor Temuera Morrison who played Jango Fett in the movies, well I think so anyway. 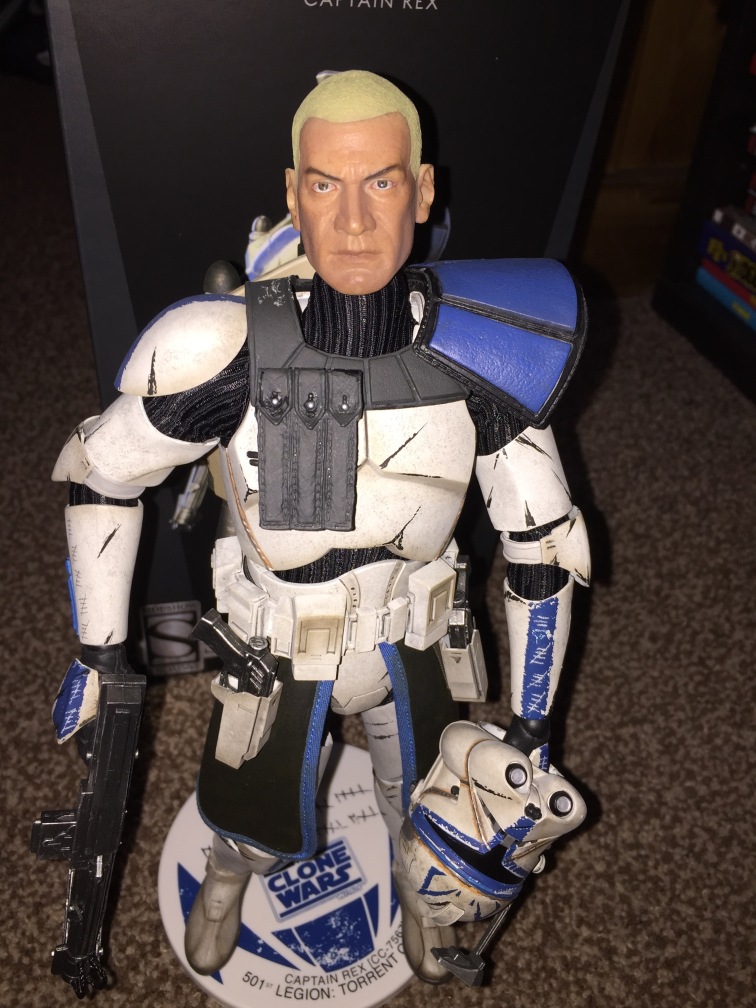 The head and helmet are interchangeable, but can be a bit fiddly in places. I struggled to fit the head on securely, but the helmet fits on no problem. When I took the Jetpack out of the packaging I did wonder how on earth it would clip on, as there wasn’t any noticeable bits sticking out. I was very pleasantly surprised to find out that it’s magnetised, and actually clips on very nicely.

You get two pistols which can be holstered on Captain Rex’s waist. You also get a very nice blaster rifle which has an underslung shoulder stock. Also included are two grenades and several pairs of interchangeable hands which really add character to the piece. The artists and sculptors at Sideshow really have produced a fine piece here, which will definitely sit proudly amongst my other sixth scale figures. If you are intersted in this figure and would like you get your own, then pop along to http://www.sideshowtoy.com/collectibles/star-wars-captain-rex-sideshow-collectibles-1002221/, where it is available for a very, very reasonable price. Believe me. 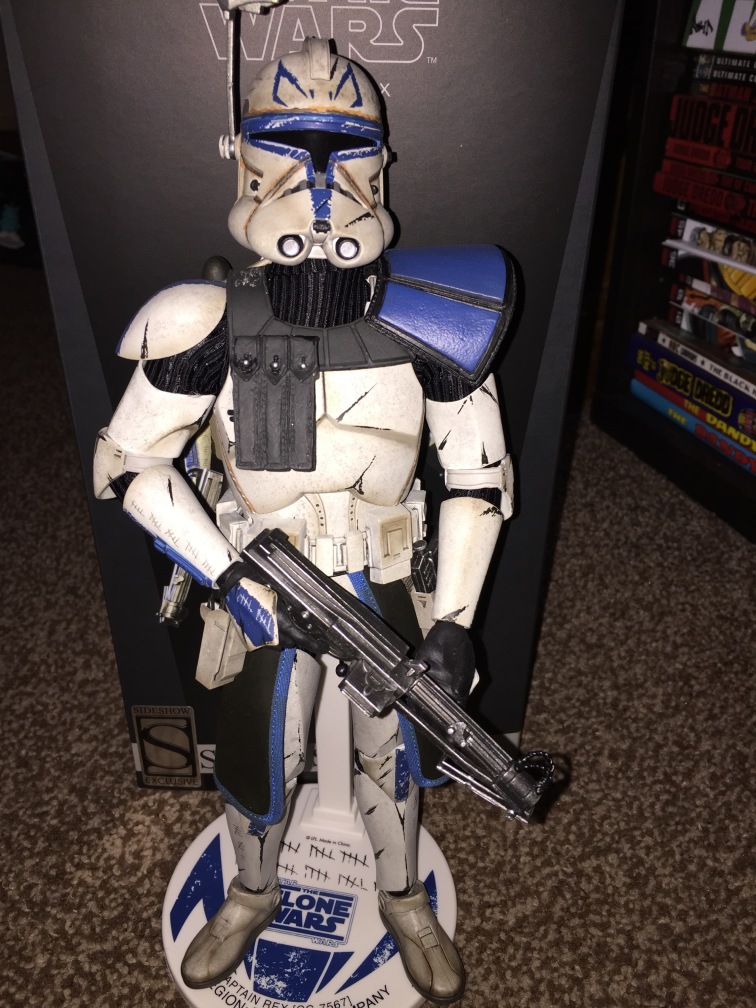 I want to thank the fine folks over at http://www.sideshowtoy.com for their generosity in providing this figure for review. It’s thanks to them that I can bring you these fine items to review. Stay tuned for more great toy reviews.