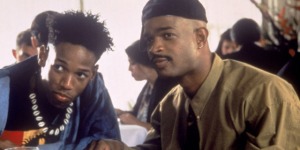 This is another one that I file under ‘guilty pleasures’. I like it and I’m not afraid to admit it. I understand that it’s rotten tomato or imdb score might not be the best, but we all have certain movies we like that others don’t, this is one of those movies. I watched it years ago and it made me laugh, and it *still* makes me laugh. The story involves two con artist brothers Johnny Stewart (Damon Wayans) and Seymour Stewart (Marlon Wayans). The brothers have been making a living scamming unsuspecting people for a long time. However when their latest scam gets Johnny arrested they are warned that they need to make an honest living or face serious prison time next time either of them are arrested.

Johnny gets a job working in the mailroom of a credit card company after he follows one of their employees, Amber Evans (Stacey Dash), into the building to get her number. Amber works in the upstairs offices and Johnny gets a job working their so he can get closer to her. Johnny’s boss Keith Heading (John Diehl) takes notice of Johnny and catches Johnny stealing a returned credit card. Keith calls Johnny to the office and tells Johnny that he planted the card and knew it was a matter of time before Johnny stole it. Johnny had been using the cards with his brother Seymour to pull more scams and get clothes and jewels. 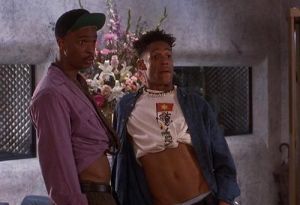 Keith tells Johnny that he wants Johnny to start using the cards to get certain items, which Keith will then sell so that he can launder money through the company. When Johnny realises he’s in over his head he tries to back out, but Keith won’t leave any witnesses, and gets his men to try take Johnny, Seymour and anyone else who knows what’s going on out of the picture.

Like I said this film makes me laugh. There are a lot of funny scenes and some great bits of action. The scene in the jewellery shop always has me in stitches of laughter. It’s another one I don’t think a lot of people have seen, but it’s well worth giving a look. It won’t win any awards, but it entertains and that’s what counts. 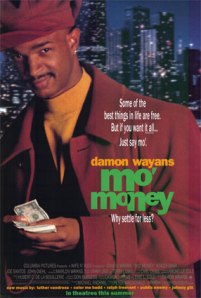