Tom Welles (Nicolas Cage) is a private investigator who is hired by a widow called Mrs. Christian (Myra Carter) to see if a roll of 8mm film that has been found in her recently deceased husbands belongings contains footage that is authentic or not. The footage shows a teenage girl been raped and murdered by a man in a mask. Tom watches the film first to get an idea of what’s on it as is stunned by what he sees. He travels to L.A to see if he can find someone who can assist him in tracking down more information. 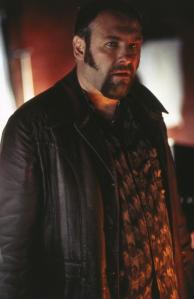 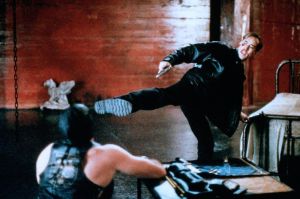 I must say though that I did like this film. It flows along brilliantly and it has a kick ass ending, better than the bleak as fuck one I mentioned above. This was a time when Nicolas Cage was actually on top form and not the money grabbing whore he’s become now. The supporting cast is great, including a role for the go to slimeball of choice Anthony Heald. It’s definitely worth a watch and not as horrible as A Serbian Film.