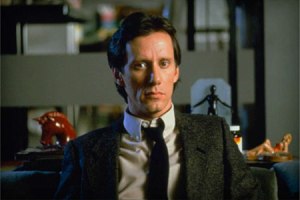 Max Renn (James Woods) runs a sleazy late night cable channel called CIVIC-TV. Max believes he gives the viewing public what they want. Sex, violence, nudity, you can find it on CIVIC-TV. However Max feels that his latest acquisition of Japanese softcore porn just doesn’t cut it. He wants something harder, something dirtier…something that will really pique his viewers interest. Max asks his tech guy Harlan (Peter Dvorsky) to find something for him. Peter tells Max he has just the thing. Peter operates the CIVIC-TV pirate dish and has found a signal broadcasting something called ‘Videodrome’, a kinky show which has no plot, just torture and sado-masochistic sex. Max thinks it’s just what is viewers want. 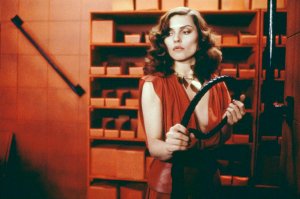 Max appears on a talk show where he defends his programme decisions, feeling he provides a decent service. There he meets a a philosopher called Brian O’Blivion (Jack Creley) who never appears in person, and a radio psychiatrist called Nikki Brand (Debbie Harry) who he begins to have a relationship with. He shows her Videodrome and the begin to experiment in S&M. Later strange things begin to happen to Max. He sees a broadcast from Brian O’Blivion who tells him that soon television will take the place of every aspect of a persons life. Max also begins to have strange things happen physically. He learns that Videodrome was created to weed out the filth of society so that only the decent folk remain, since it’s only the filth and perverts that will watch Videodrome. All leading to a bloody conclusion. 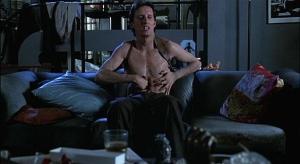 Directed by David Cronenberg when he was still heavily into his whole ‘body-horror’ phase, Videodrome is a movie that needs to be seen. It is a mind-fuck in every sense of the word. The effects for a movie that is 30yrs old are brilliant. I have always been a purist, so I just adore practical effects and this movie delivers. 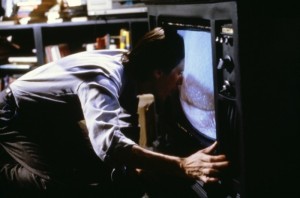 This is seriously worth a watch. If you’ve never seen it, then give it a go. It’s pretty crazy yes, but I have a feeling many will like it. If you’re into the weird shit, then you’ll dig this. 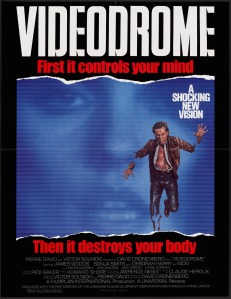