Johnny Hooker (Robert Redford) and Luther Coleman (Robert Earl Jones) are two conmen who operate in Joliet, Illinois. They pull a job on a money runner who just happens to be carrying $11,000 of money from an illegal gambling ring. Little do they realise that the money was on its way to feared mob boss Doyle Lonnegan (Robert Shaw). After Lonnegan finds out his money has been taken, he puts a hit out on Hooker and Coleman. Coleman is thrown to his death from a window, but Hooker manages to flee to Chicago to escape Lonnegan. 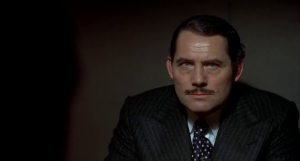 While in Chicago Johnny tracks down one of Luther Coleman’s old pals, a man named Henry Gondorff. Johnny informs Henry of Luther’s death, telling Gondorff that he wants to get revenge on Doyle Lonnegan. Henry tells Johnny that if they con Lonnegan, he can’t know he’s been conned or they’ll both be killed. To con Lonnegan they need to pull off a “long con”. The two men go and round up all of the people who knew Luther to help them pull of the perfect sting.

This film is just a pleasure to watch. It’s one that I have seen many times, and still holds up today with it’s cracking script and brilliantly twisty storyline. Everyone brings their A game here. Paul Newman and Robert Redford are just excellent as the leading conmen. They have excellent camaraderie, and you can tell they like working together. Robert Shaw gives a menacing performance as Doyle Lonnegan. I have always liked the brash characters Shaw plays, and he doesn’t disappoint here. 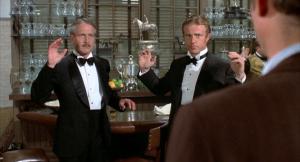 The supporting cast is great too. Charles Durning is fabulous as the crooked cop Lt. Snyder. Jack Kehoe is great as Erie Kid and Harold Gould brings wonderful razzmatazz as Kid Twist. The storyline is wonderfully elaborate and it really is brilliant to see how well this film still holds up today. I can’t recommend it enough.