Henry Oak is a detective. Henry Oak is a very volatile detective. Played by Ray Liotta to perfection Det. Oak is partnered with Nick Tellis who is played by Jason Patric. Det. Tellis is a disgraced undercover cop who has been demoted to a desk for a botched arrest in which a member of the public was seriously injured. They are tasked with investigating the death of Oak’s ex partner Michael Calvess. Secretly though, Tellis has been tasked to investigate Oak’s involvement in Calvess’s death, as the superiors reckon he knows a lot more than he is letting on.

The story moves along swiftly, with a flashback constantly popping up of what happened the night Calvess died. The flashback get’s longer as the movie progresses, but changes slightly too when Tellis hears different people’s version of events, all before the truth is revealed. 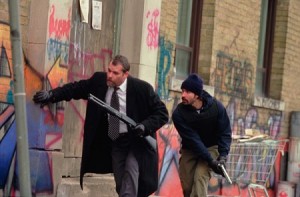 The acting and dialogue are amazing. Joe Carnahan (The Grey, The A-Team) who directs, also wrote the script, and it just pops. Liotta and Patric deliver their lines with relish, and there’s a multitude of crazy characters that they come into contact with on their journey for the truth. Liotta as Oak is a man possessed. The anger his character exudes is scarily believable. Patric as Tellis is weary and slightly on edge, as being an undercover cop meant he had to push himself further than he’d like. 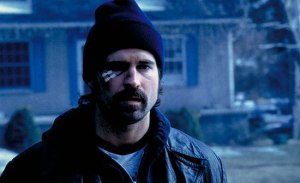 The movie just rocks. If anyone has heard of it, but never taken the time to sit down and watch it, then I urge you to rectify that. You will NOT be disappointed, I assure you. This movie left such an impression on me that I grew a goatee just like Liotta’s. True story. 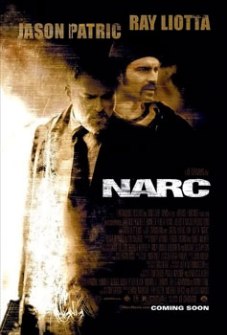